David Heredia is a composer and multiinstrumentist born in Granada, Spain in 1977. 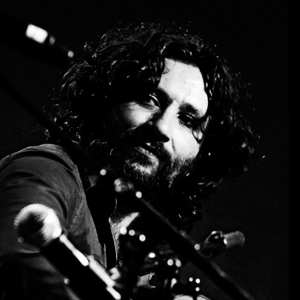 David Heredia, "el Marques" started to get interested in music at the age of sixteen. He started to produce electronic music inspired on Orbital, Kraftwerk, and Bandulus among others.

David Heredia is a musical researcher who has taken part in several flamenco experimental projects during his career:

In 2002, David came out spain for first time to present "Carvajales" in India accompanied by Ana Sola and Carolina Morales. "Carvajales"represented to Spain at 50th Anritavarsham mundial festival for peace.

In 2005 David started Babole, which means Windgate, in collaboration with Carolina Morales and Christoph Broll. This band has been presented in Spain, Germany, Belgium, Switch, Italy, and Morocco.

From 2006 to 2008, in collaboration with Gabriel Menacho and Alberto Serrano, local emergent producers from Zenete sound, David Heredia produced a lot experimental songs. Some of those creations may be consulted on the following links:

In 2009, David travelled to Turkey together with Manuel Reina's proyect "flamenco a la turca". During his stance David worked with several musicians, such as Alper Kargin or Didem Ezgi Kurt... Kurtulus was born as fruit of David's turquish experiences during the same year. In this project, David fuses flamenco with jazz. The band was presented in several festivals such as "A Pie de Calle" (Almeria), Etnomusic (Valencia), Jazz Zaharrean (Vitoria) 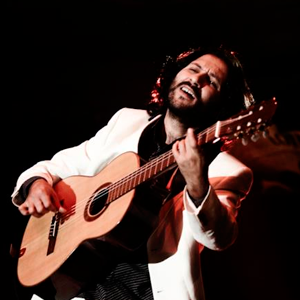 "La Penca Records", born at the end of 2015, is a recording studio located inside a Sacromonte's cave where David Heredia and Felipe Munhuesa produce electronic groove music and record some local emergent artists.

In 2016 David started "Flamenco jazz nordico", in collaboration with Mirella Pendolin, Pekka Saarikorpi, and Kalle Katz, touring in some places in Finland, including Helsinki.

During his career, David Heredia has collaborated with a huge amount of international and national jazz and flamenco musicians. "El Marques" declares to continue learning and looking for new musical challenges. Across the border festival
Germany - August 2012

Anfiteatro, a place with a privileged and unique placement, offers a fantastic show, where the music flows like ‘WATER’. This is the name of the musical concert of this city, that mixes the Nazari music with a modern flamenco music, including the mythical dance performance, Zambra , whose origin is half gypsy half Moorish.
You will enjoy all of this with an autentic granadino taste and with The Alhambra and Albaycin in the background. Anfi teatro makes you feel real passion for this Art offering you the best artists of the Granada flamenco show. The nights will be unforgettable not only for the typical dancing and singing but for the lovely sights. Turn that night into a unique memory of Granada’s culture and enjoy it with all your senses.
Before the Water show, Anfiteatro has the pleasure of inviting you to a Spanish wine glass and a welcome cocktail.
Granada - June 2012